This morning, after dropping my two boys (seven and three) off at their respective schools, I returned home and scrolled through Facebook. In the midst of the usual photos of cats and last night's dinner, I chanced upon this post, written by a godly and virtuous woman (no doubt) named Mrs. Hall. The essential message of this post was this: she has teenaged boys, and she doesn't want them looking at sluts online.

Interestingly, The Godly Mrs. Hall chooses to pepper her post with shirtless photos of her sons and husband, all the while chastising the various online sluts who post photos of themselves in their bedrooms and (gasp!) also wearing bathing suits.

Now I get that The Godly Mrs. Hall is horrified at the thought that at some point, her sons will probably see a naked woman. Even worse, they are probably going to have sex with a naked woman. As a mother to two young men myself, I'm having a hard time understanding why she's so preoccupied with thoughts of her own children's sex lives, but then again, if she's someone who has to constantly hover over her little cherubs in order to make sure they aren't trying to reach out and touch someone, I get that she'd be worried.

Oh, but make sure you check out how SWEET her kiddos look shirtless. It's totally okay though, because it's DIFFERENT - at least according to this comment:

Anonymous says:
September 3, 2013 at 1:02 pm
I can understand some of the posts referencing the boys without shirts. Modesty applies to all. However, just to provide perspective, it is known that men (and boys of pubescence and beyond) are stimulated by sight. Ladies (and girls) are not nearly ‘turned on’ by what they see and far more motivated by what they “feel” – either physically or emotionally.
After dealing with Christian teenagers for 30 years, one thing I have learned is that without proper guidance boys will say they “love” a girl just to get physical gratification, and girls will give up their purity just to hear boys say they “love” them.
God simply designed males and females differently.
Unfortunately, in our current culture, human nature is turned on its ear and the world at large is purporting lies as truth when it comes to purity and God’s design for human sexual relationships. The result is frustration and sorrow beyond measure.
While the author may have used different illustrations, the message is no less true or needed. I applaud parents who care enough about their children to provide distinct guidelines. As the father of two daughters, I could be no more blessed than to know that the parents of their future husbands made such an effort to keep their minds pure.

Really? Males just can't "help" it? Ladies aren't as "turned on" by sight? Anonymous AND The Godly Mrs. Hall have a piss-poor understanding of human sexuality and relationships if they truly believe that males and females fit so neatly into those narrow little packages.

Here's an idea: if you have children, period, teach them that their bodies are their own, and no one gets to touch it without permission. When it comes to sex, nothing less than an enthusiastic yes is what they should wait for - you want your partner to be as ready to take that step as you are. And no, the female form is not an object to degrade, or use, or control. It is her own, just as your form is your own, and you are the one responsible for your thoughts - not someone you see prancing around in her pjs. 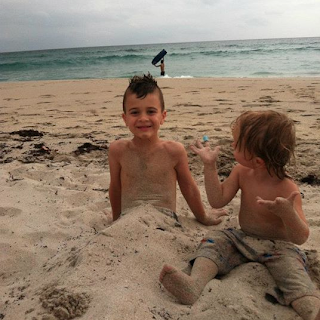 Update: According to Jezebel in an awesome rebuttal post, The Godly Mama Hall reposted her blog with appropriately attired sons. Good thing, because I'd hate for some lustful cockmonster (in the apropos words of Chris Kluwe) to see those. Additionally, I found another post at Unchained Faith that has a fantastic reply as well.