The Rabbit Chronicles, Part One

Easter is nearly upon us, people.  As this is one of my least favorite holidays, I feel that it is time to start thinking about my annual PSA on Easter Bunnies, and on rabbits in general.  But first, I'll set the stage with a tale or two on How I Came To Hate Rabbits.  This is Part One.
When I was younger (say, 5, 6 years old?) one of my aunts took me to the state fair.  I was Excited Beyond Words, because not only were there rides, games that are impossible to win, and fair food, that year there was also a circus, and I was beside myself at the thought of seeing elephants: 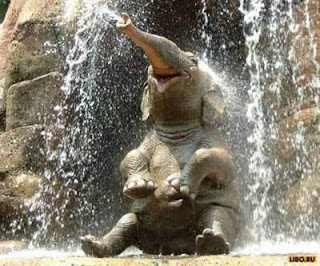 Elephants were Awesome.  They were Majestic and Wise.  They also had pretty headpieces and pretty ladies that rode around on them in pretty sequined outfits, and I absolutely loved sequins.

Once we arrived at the fair, I couldn't wait to go look for the elephants.  I wanted to see them being fed, perhaps give them some peanuts (I had a few Planter's Honey Roasted tucked into my pocket just in case!), and maybe, just maybe, get to take a ride on a Beautiful Majestic Elephant: 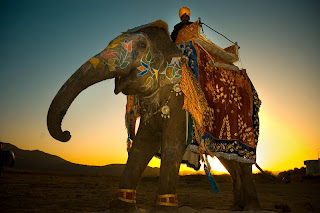 Unfortunately, my aunt, uncle, and cousins weren't nearly as excited to see the elephants.  Instead they wanted to eat corndogs and ride huge rides that maybe even went upside down and made you vomit: 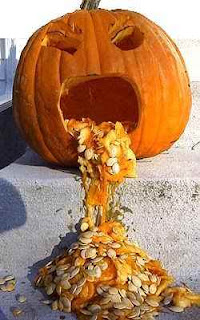 And if I went on those rides, not only would my peanuts fall out of my pocket, but I might vomit, too, and I was fairly certain that the pretty ladies who let little girls ride on elephants would probably not allow a vomit-covered, peanut-less little girl the priviledge of riding on one of their Majestic and Wise Elephants.

So, I decided to forge ahead on my own, leaving aunt, uncle, and cousins to brave the sweaty carnie droves while I went on my magical adventure.

Of course, I neglected to tell my aunt that I was leaving.  In retrospect, I do understand now how it might be a weensy bit nerve-wracking to turn, expecting to see your cute little niece tagging along, funnel cake in hand, to discover that she's nowhere to be found.  In fact, it is perfectly understandable that not only would my aunt have a come apart in the middle of the fairway, but also grab every stranger who passed and shriek into their faces "OH MY GOD HAVE YOU SEEN A LITTLE GIRL SHE'S LOST AND OH MY GOD HER MOTHER WILL KILL MEEEEEE!"

So that is how it came to pass that an entire circus troupe, every carnie at the state fair, most of the fair goers, and fair workers who were in costume came to be looking for me.

I, however, at this point was still blissfully unaware of the panic I'd caused, and so it was during the height of my Wonderful Elephant-Finding Adventure that this thing snatched me up into the air: 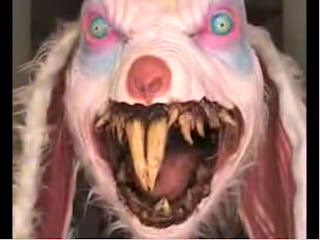 and shrieked into my five-or-six-year old face "OH MY GOD YOU'RE SO CUTE I COULD JUST EAT YOU UP!!!!"
Which, naturally, made me shriek at the top of my lungs and unfortunately, pee all over myself and the rabbit.

To be fair, what actually probably scooped me up was this: 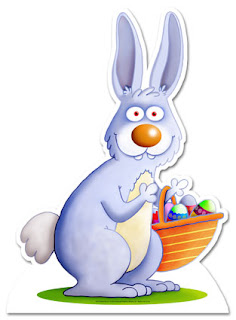 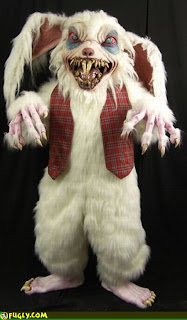 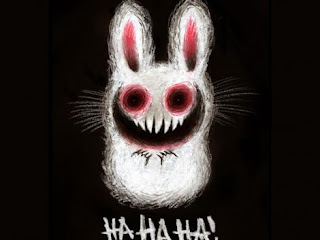 and sometimes, inexplicably, this 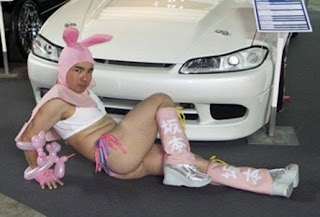 all of which are undeniably creepy in their own way.

In the end, I rode no rides, ate no funnel cakes, and also lost my peanuts somehow.  However, it was still a few years before my terror also included "real" rabbits.

More on that later.